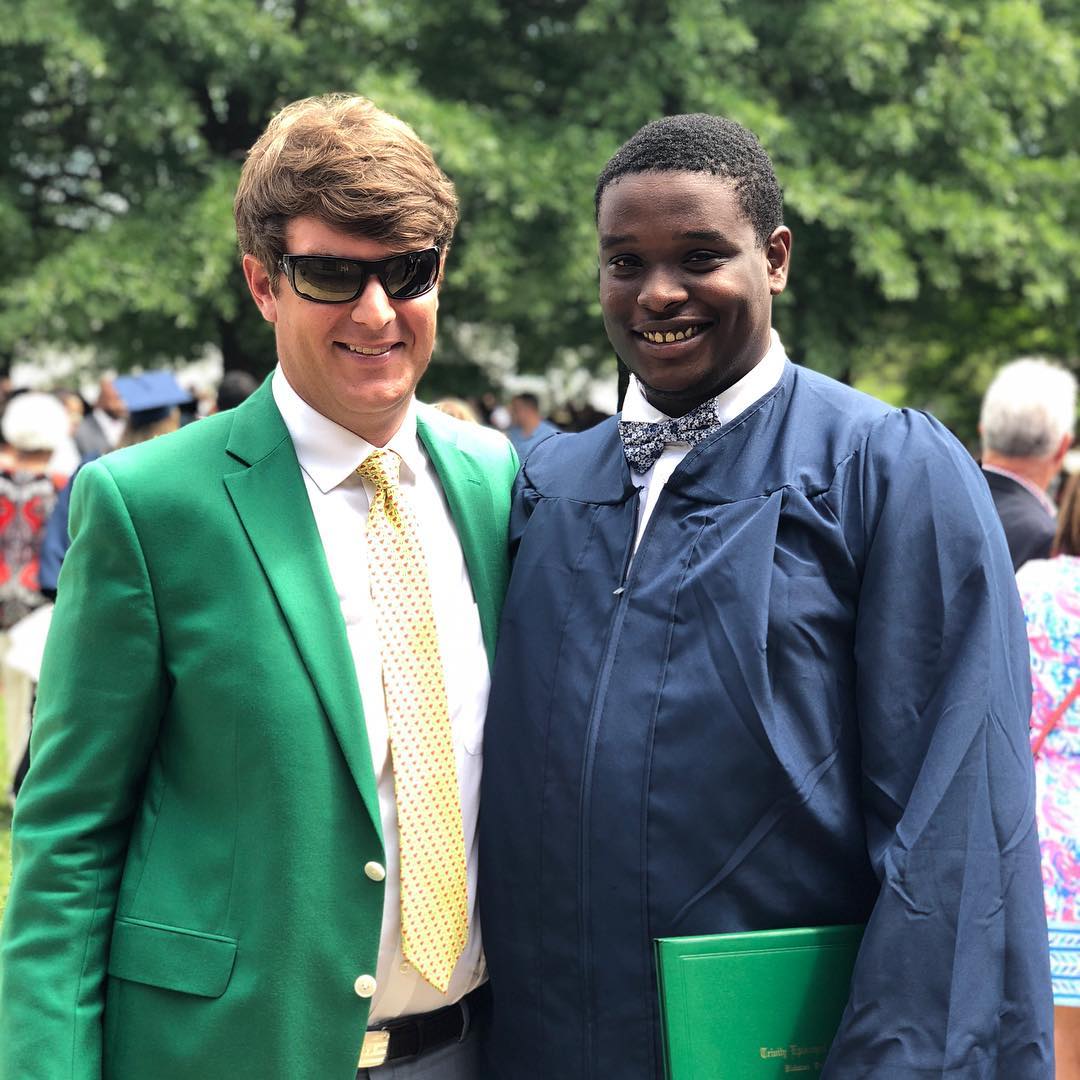 “Me being at Radford, on SGA and working with the Women’s basketball team wouldn’t be without UP RVA”

How UP RVA was born

UP RVA was born when Toby Desch, Founder, realized there was a need for support for students from the East End of Richmond that attend Independent Schools.

Early in his college career, he was given the opportunity to volunteer in a kindergarten classroom and later student-teach in inner city Richmond schools. He thrived by seeing the difference he was making, and it lit a passion in him. In 2015, while working at Collegiate School, Toby stumbled upon his next path. During his time at Collegiate, he met a reserved student named Deyeah.

After getting to know Deyeah, Toby made it a priority to keep an eye on her. He quickly noticed that Deyeah was missing a lot of school and her teachers reported that she was great in class, but never did her homework.

Toby approached Deyeah about his observation and found out that Deyeah’s family didn’t have a car and she didn’t have a computer or internet access to do homework. After this realization, Toby and Deyeah worked together to build a support system that included her mother and advisor and from there, things began to change.

Deyeah was able to secure a ride to school everyday, and Toby gave her a ride home. Toby also agreed to buy her a computer and help in any way he was able. When Deyeah returned to school that next week, it was the first full week she had completed all year.

Toby quickly realized that there were other students like Deyeah that were from the East End of Richmond and were enrolled in other Independent Schools in town. The other students also struggled with the same needs as Deyeah and needed help to be successful at school.

In 2015, Toby started UP RVA with himself, a driver, a van, and a partnership with Anna Julia Cooper, a school in the East End of Richmond. There were many long days that included driving seven students that attended four different Independent Schools. They would start in the morning and run transportation until 8:00 o’clock at night. During the day, Toby would go out into the community and fundraise so that the program could continue to run and grow.

Through determination and hard work, UP RVA has grown to include 55 students at 8 different schools, 14 team members, 6 vehicles that provide safe transportation, and countless volunteers. Toby was lucky to learn this piece of Adobe as a middle school student from a friend’s father: “if you love what you do, success will follow.” This couldn’t be truer for Toby today as he follows his dream of growing UP RVA and making it available to more students.

We are a team dedicated to changing the lives of our students. Every day is different, and we are “all in” when it comes to making a difference. We help elevate our students’ voices to help them realize their potential and push them to be their very best.

Our board comes from many backgrounds and walks of life. What they have in common is their firm belief in the power of unlimited potential to transform the lives of our students. At the end of the day, we are all here to serve the students and promote their success.

Our partner schools consist of a wide range of independent schools across the city of Richmond and the surrounding areas. These schools agree that successful students need supportive teachers that help push our students beyond the limits they have set for themselves. In addition, these schools are dedicated to working with UP RVA to ensure the most positive outcome for our students.